Home / Hinterland: the Lordship of Malatesta

Don’t you like the beach life? Don’t worry! Your holiday in Riccione can offer unexpected surprises everywhere, especially surroundings. Car, motorbike or bicycle… no matter, we can always advise the route that suits you!

Only a few kilometers from Riccione and the Adriatic coast are towns and castles where time has stopped: follow one of the many tourist routes in the Lordship of Malatesta to discover them!
The following places are the most known, but to reach them you will also meet many smaller towns that will surely enchant you!

The castle was the scene of the tragic love story between Paolo Malatesta and Francesca da Rimini, told the unforgettable verse of Dante Alighieri. It’s possible to visit the village and castle, whith the reproduction of the daily life in the Renaissance. Guided tour by appointment.

Every year in July, in Gradara held a historical review of the siege of 1446, with extraordinary fireworks and village in medieval theme: the Siege of the Castle 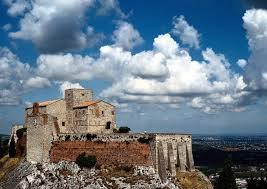 The fortress of Verucchio (XII century) is one of the largest and best preserved among those belonging wing Landship. Here lived the “bold” Mastin Vecchio, mentioned by Dante in his Divine Comedy. You can visit inside “La Rocca” and also the collection of medieval weapons.
Every year in July, in the occasion of the Verucchio Festival, the great pianist Ludovico Einaudi invites artists from all over the world, who engage in concerts under the stars.

The picturesque Malatesta castles of Torriana and Montebello are situated on two rocky outcrops, facing each other.
Torriana spans two headlands: in a picturesque landscape, the top of one are the ruins of the tower, on the other the imposing Rock of Scorticata, with two round bastions. A according to the legend, in “Scorticata” was killed Gianciotto Malatesta, the jealous husband of Francesca da Rimini.
The castle of Montebello is still open and it is known for the legend of Azzurrina, the ghost of a dead child within these walls, where, in the nights of the summer solstice, you hear a mysterious noise that seems a crying child, a laugh , a voice… 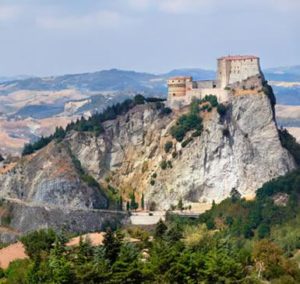 On top of an imposing limestone rock, inaccessible for its steep walls, stands the Castle of San Leo, known for hosting, in its jails, Felice Orsini and the Count of Cagliostro.
In the X century St. Leo, that was called Montefeltro, was briefly the capital of the Lombard Kingdom of Italy. The Fort of Renaissance, redesigned in the XV century, where already stood a fortress from Roman times, is now a museum, which houses historical weapons and items that belonged to Cagliostro. 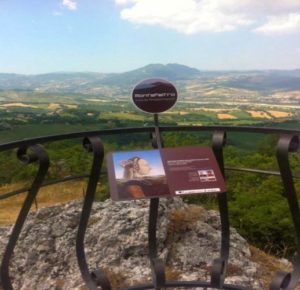 Are real landscapes and not imaginary those that inspired Renaissance painters such as Piero della Francesca, Raphael, Leonardo da Vinci: they are hidden in the hills of Montefeltro. 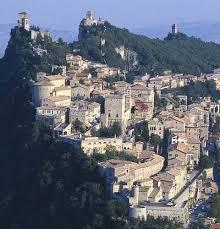 Three heights aligned and, on top of each one, a castle: surely even you would recognize from a distance the skyline of San Marino, the smallest Republic in the world. The medieval village has been largely rebuilt and is worth a visit not only for the architectural aspect, but also for its wonderful view.
The “Medieval Days” in July, animate the castles of San Marino with jugglers, music, dancing and many performances.